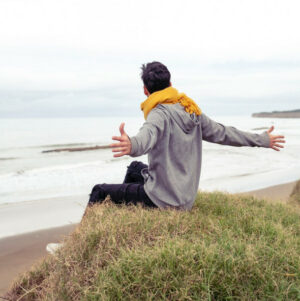 In order to free your life you first need to learn how to free your mind of all the clutter of past failures.

Okay, “Mindfulness” is a buzzword that’s been around for quite a few years now. And let’s be honest, there’s a huge amount of stuff already written about it – everyone’s an expert these days! So I’m not going to waffle on or pretend to be some kind of guru touchy-feely type – because I’m really not.

But during my ongoing quest to achieve financial freedom I’ve found that the first thing that has to be sorted out is my mind. Because I took some pretty massive (or so they seemed at the time) knocks, and that certainly put me in a bad place.

The financial side is obvious because it affects every aspect of life. But the mental side isn’t to most of us. We just get up (hopefully) and get on without realising that we’re still carrying the mental scars.

But the problem with that is that if we don’t sort out our mindset we’ll just carry on making the same mistakes in new and novel ways.

So, as part of my quest for freedom I decided to try and cut through the fluff surrounding the question “What is the meaning of Mindfulness”. And more importantly “What is it for?”

I’ve read numerous books and blogs on the subject, some good, a lot bad (or at best tedious). And I’m not a Psychologist (I can’t even spell it without spellcheck). But the best stuff I’ve read has been by some very clever people and I’ve pulled out the bits that are working for me.

My one sentence answer to the question “What is Mindfulness and what is it for?” is:

“Mindfulness is the awareness and mastery over the thoughts we have (60,000 of them per day apparently), to make them work for us rather than against us”.

If you have a view on this or any of the ideas in this article I’d love to read them in the comments section, and happy to share them.

So here I’ll share a layman’s view on it and summarise in 7 basic steps what has worked for me. Actually I’ll be honest – they’re not steps, they’re each a big leg of a journey with lots of steps to achieve them.

So here they are: 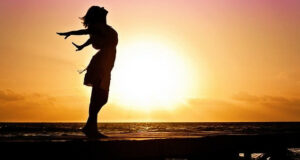 It sounds obvious – let’s face it we all breathe every few seconds without even thinking about it. But what we don’t realise is that our head is constantly full of incoming thoughts. It is these thoughts that we are going to try to control more in the next legs of this. But first we need to clear our mind.

I think of the mind as a chalkboard with hundreds of scribbles, or a desk covered in post-it notes. The scribbles or post-its are the thoughts. 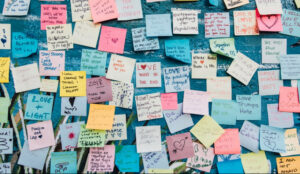 In that utter confusion how can we possibly decide which ones are important?

This can take as long or as little time as you want. 5-10 minutes a day works. But if you really want to get to a state of control over your mind you can take it a lot further.

I find a quiet place, and sit quietly with my eyes closed, take long slow breaths and try and focus my mind on nothing but my breathing. Then as that starts to work, I focus on my limbs and facial muscles and try and let them feel heavy and limp. As thoughts enter my head I don’t resist them, but rather imagine them as those post-it notes fluttering away rather than landing on my desk.

If you get the chance to practice yoga it’s a great way to take this to another level and I’d thoroughly recommend it, but you don’t have to.

Try it! It takes a bit of practice but you’ll start to feel a great deal of clarity afterwards and be more ready for the tasks ahead.

2. Recognise Thoughts as Separate from Your Mind

If we go back to the analogy of the desk or chalkboard – this is the mind. The thoughts are imposed by the outside world, the environment we move in, people we interact with, media.

So we need to recognise that these thoughts don’t control us – we control them. Or rather, we control which ones we allow to settle on the desk or get written on the board. Those are the ones we’ll allow to influence how we feel about ourselves and the world and people around us. The rest can just flutter on by.

This step is absolutely the most crucial one and the crux of what mindfulness means. This recognition of thoughts as being like white noise is what it’s all about. An awareness of the inner-mind being in control of what we do with the thoughts that bombard us.

We’re not going to ever stop the thoughts, nor do we want to. But we’re going to aim to just let some come and go and not get worked up about them. 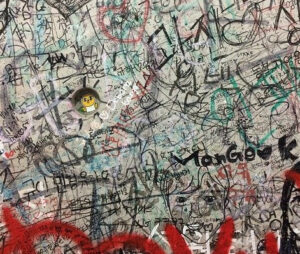 When we feel like a failure or that we can’t do whatever we want to achieve, this is usually the result of us allowing negative thoughts to land on our mind time and time again. Keep repeating these thoughts and the mind starts to believe it.

All of us are pre-conditioned with negative or positive feelings about ourselves from childhood and our life experiences.

Do you remember the kid at school whose parents told him or her that they were fantastic at sport, dancing, drama, whatever?

Or the fears instilled by our own parents or teachers – “Don’t climb the tree you’ll fall and hurt yourself” – “Don’t jump in the deep end, you’ll drown”. All well-intentioned but they stick with us, repeated and buried deep in our mind. And the effect is a deep-rooted fear of the unknown

We need to replace those thoughts with “Let’s climb that tree because we’re great at it”, and “Jumping in the deep-end is the best place to do it because we can swim like a fish”.

4. Learn to Tune-out the Negative Thoughts.

Not all of them – let’s face it, maybe they’re valid warnings. But by understanding that the mind is separate from the thoughts we can look at which ones are okay and which ones we’ll just let go.

Don’t worry if this is all sounding really heavy. As time goes on you’ll get better at it. Once you realise that you can choose which thoughts to pay attention to and which to just tune-out. It’s not a case of ignoring them but rather recognising “Hey there’s that negative one again” lets just leave it out there with all the static and white noise and not let it land on the desk.

If you’re embarking on a new venture, such as an on-line business, the negative thoughts might be “I know nothing about this” or “There’s too much to learn”.

5. Allow the Positive Thoughts in

Some people are “naturally” optimistic and others pessimistic. But either state of mind is actually not totally “natural”. It’s a result of the negative or positive thoughts that we’ve kept repeating or that have been imposed on us by parents, peers, family, your boss or anyone else we come into contact with.

But we can control which thoughts we allow to settle. So we need to recognise them and let them in repeatedly. If you’ve been through a rough patch they might be difficult to spot, but by tuning out the negative thoughts the positive ones become more apparent or “louder”.

Using the above example of starting an on-line business the positive thoughts might be “I know more about this today than I did yesterday” or “Wow, I’ll be learning something new and exciting”.

As you practice the process the positive thoughts will answer the negative ones and stop them from settling in your mind.

6. Be Happy with the Present

We’re all in the habit of worrying about the past and the future. But we have no control over either, absolutely nada!

Yes we can plan for retirement, or save for something we want, or study to learn a new skill. That’s good.

And likewise, we can’t go back and change the past.

So why waste valuable energy worrying about something we have no control over? Instead, let’s find the great things about now.

Nobody on their death bed ever wishes they’d spent more time at the office! And this isn’t me being morbid or pessimistic, but nobody knows when they’re going to die – it’s just a fact.

We need to stop thinking “things would be better if we had more money, a better house, a newer car”, and focus on what’s good about today like “We’re reading a great article about feeling good about ourselves” (!!!), “We’re healthy and in control of our mind”.

So what if you live in the UK and it rains all the time. Put on a coat and go and walk in the rain!

7. Learn to Believe in Yourself

I’ve placed this at number 7 because it follows that if you start to attain the previous 6 stages this will be a lot easier. Remember though that we all have the ability to change our lives and achieve whatever it is we want to. We just have to re-condition our minds to allow it to happen and to believe we can.

The person who comes to mind whenever I struggle with this is the author Joanne (JK) Rowling. Shortly after she conceived the idea for the Harry Potter novels she went through a 7 year period encompassing the death of her mother, birth of her first child and then a divorce. She wrote the first novel living in a bedsit on welfare benefits. She’s now one of the richest women in the world.

And not content with this, she decided to write a series of crime novels under a pseudonym Robert Galbraith, so that she could prove she can sell books regardless of her name. The Cameron Strike novels became best-sellers.

Without belief in her idea and that she could make it fly she would maybe still be in that bedsit!

This is Just the Start

The steps I’ve outlined here are the ones I believe to be fundamental, but you’ll need more help to achieve each step.

There are numerous books, courses, videos out there, and I can’t profess to have read and reviewed them all, or even more than the tip of the iceberg. But there are 3 that I’d recommend, because they work for me:

The Untethered Soul: The Journey Beyond Yourself by Michael Alan Singer

The first 2 are easy to use and give you great stepping stones to achieving the 7 steps I believe are the most important.

The third is a very in-depth but enlightening description of the inner workings of the mind and how to master it.

But don’t just trust me, read others. Do whatever works for you to get your mind ready for Financial and Emotional Freedom. You owe it to YOURSELF!

And let me know in the comments section below how you get on.